Do we REALLY believe that Black Lives Matter?

Do we REALLY believe that Black Lives Matter? I would contend that we don’t actually believe that Black lives matter as much as other lives. I base this opinion on our response to the BLM movement and the continued racism in our country – both conscious and subconscious.

I was privileged to dialogue about this issue with a successful executive from a massive organization who is Black. He is a client and a good friend. His experiences were shocking. During his organization’s town hall meetings, an executive shared that they had never hired a black professional onto their team. He did not purposely discriminate in hiring, yet he realized he had hired hundreds of people and not one was Black. This executive was being humble and brutally honest. The reason for this was subconscious racism and he was just waking up to it. Another colleague had recently transitioned to a new company. When he arrived on the job, he was told his first duty as General Counsel was to, “fire all the minorities.” He refused, so they terminated him without cause. He is still in a civil lawsuit with the board of this public school. This is explicit, fully conscious racism.

The Problem of All Lives Matter

I tell you these stories because racism is very active in this country in both forms. As a result, I believe that Black Lives Matter is a just cause where it focuses on eradicating racism in our country. I also must add that I disapprove of some people’s approach to go to extreme lengths to make their point. It pains me to see bloodshed and destruction. However, we cannot allow a distaste for violence to shut down conversation entirely and re-enter a silo. When I read about all the looting and rioting that was happening in parallel to the BLM movement it was easy to make a blanket statement that, “All Lives Matter,” not just black lives. But the issue with this response is that it grossly overlooks the experience of most minorities/African Americans in our country. I challenge you to dialogue with people from a different race regarding this topic to understand their experience and feelings on the subject. When we counter the movement with blanket statements like, “All Lives Matter,” or in Christian circles, “Babies’ Lives Matter,” we are simply overlooking the racism in our country that is belittling, discriminatory, hurtful, frustrating, and even deadly that started the Black Lives Matter movement in the first place. Rather than listening and creating dialogue, we are ending the possibility of a fruitful conversation and dismissing appeals for empathy. 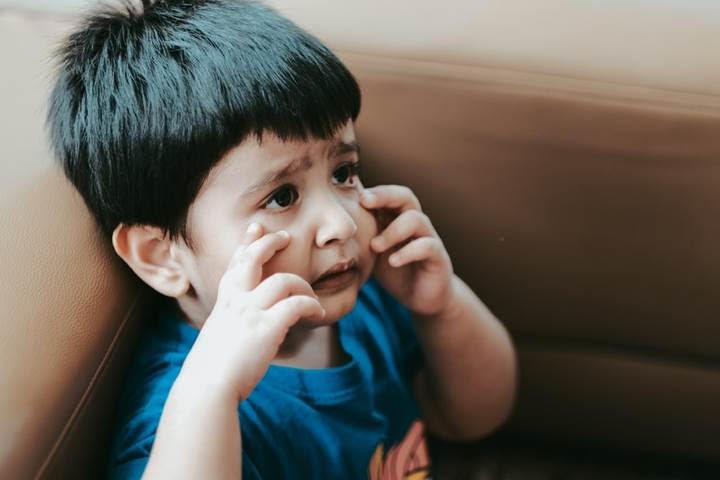 Photo by Abhi Bakshi on Unsplash

This type of response reminds me of one of my friends. Steve – not actually his name for anonymity – had to go through many years of healing from his dysfunctional upbringing. His father was a dry alcoholic who never did any recovery work, and whenever Steve got hurt as a child and went to his father for comfort, his father’s hyper-dysfunctional response was, “Cry louder, I can’t hear you,” completely disregarding his son’s need for comfort or emotional connection. In the same way, when we respond to the BLM movement with, “All Lives Matter,” or any type of similar response, we are in essence saying to our fellow black Americans, “your feelings don’t matter and we don’t care about the discrimination you face or have faced.” With the rioting and looting that has sprung up alongside this movement, it is easy to think BLM is immoral, counterproductive, and hypocritical. It is easy to fall into distractions. Yet when I heard about these severe discriminatory acts in the workplace, as well as witnessing everything happening in our world, it reminded me that racism is still very alive today in America. These acts can have significant consequences for future generations, from financial freedom to mental health.

Making My Own Connection

It is wild how life has a way of lining itself up. Just this week, I had the eye opening privilege of caring for a Black man who has been living out of his car for the last five years. After his wife divorced him, he started to numb his grieving with drugs and alcohol. At the same time, he faced multiple acts of racism and discrimination at work which left him feeling like the world was against him. The most productive mental response to racism is to first feel and share your feelings of frustration or it will eat you up inside. Then, prove them wrong. Burn with passion and show them, and yourself, just how wrong they are about you. A less productive way to mentally face discrimination is to believe the lies, which can send you into a tail spin of worthlessness and self-pity.

Another option would be to believe the odds are stacked against you that you can’t win no matter what you try. So you quit on life. This is precisely the lie that my new friend believed for the last five years. This lie has kept him living out of his car, depressed, isolated, and without hope. In caring for him, I was able to put him up at a hotel for the next three nights, feed him, and give him some capital to turn his situation around. Perhaps the most powerful part of the encounter was lovingly helping him to see the error in his thinking, helping him see that he had bought into the lies. I have talked with him since our encounter and he is now on the narrow path seeking to make major life changes. I am honored to be a part of his journey. Fulfilling dreams with virtuous service is a way of life, not just my mission statement.

My Part as a Minority CEO

I am very excited to see barriers being broken and acts of racism being brought to light through the Black Lives Matter movement. Not only is explicit racism strictly prohibited and being weeded out, but so too is subconscious racism, slowly but surely. As a minority in the business of hiring, it has been our practice to always seek the best person for the job regardless of race and to use bona fide occupational qualifications when screening candidates to make hiring decisions.

Our country needs healing for our racist roots; we cannot start to change a nation until we first recognize there is a problem and change our own hearts. I implore you to be this element of change we desperately need. If you have possibly partaken in subconscious racism but do not believe yourself to be racist, then I encourage you to not take the easy way out and jump on the “all lives matter” bandwagon. Instead, seek wisdom from friends and colleagues of another race to find out their experience with racism and to better understand their experiences and adversities they’ve had to face in life. Though this dialogue is difficult to begin, and requires a degree of humility to admit your own faults, it is the only way to grow as a person and as a nation. Other ways to begin this healing journey is to call out racism when you see it, even little things. This can be as subtle as not identifying a person’s race while recanting stories. Is that detail really necessary? In addition, if you are in a position of power and authority in the workplace and have the privilege of hiring people, if you find yourself with two candidates of equal rank and one happens to be a minority, hire differently than you typically hire. Until we recognize there is a problem and strive to make changes, only then will we as a country be able to heal our land of the immoral racist acts that have spurred the BLM movement.