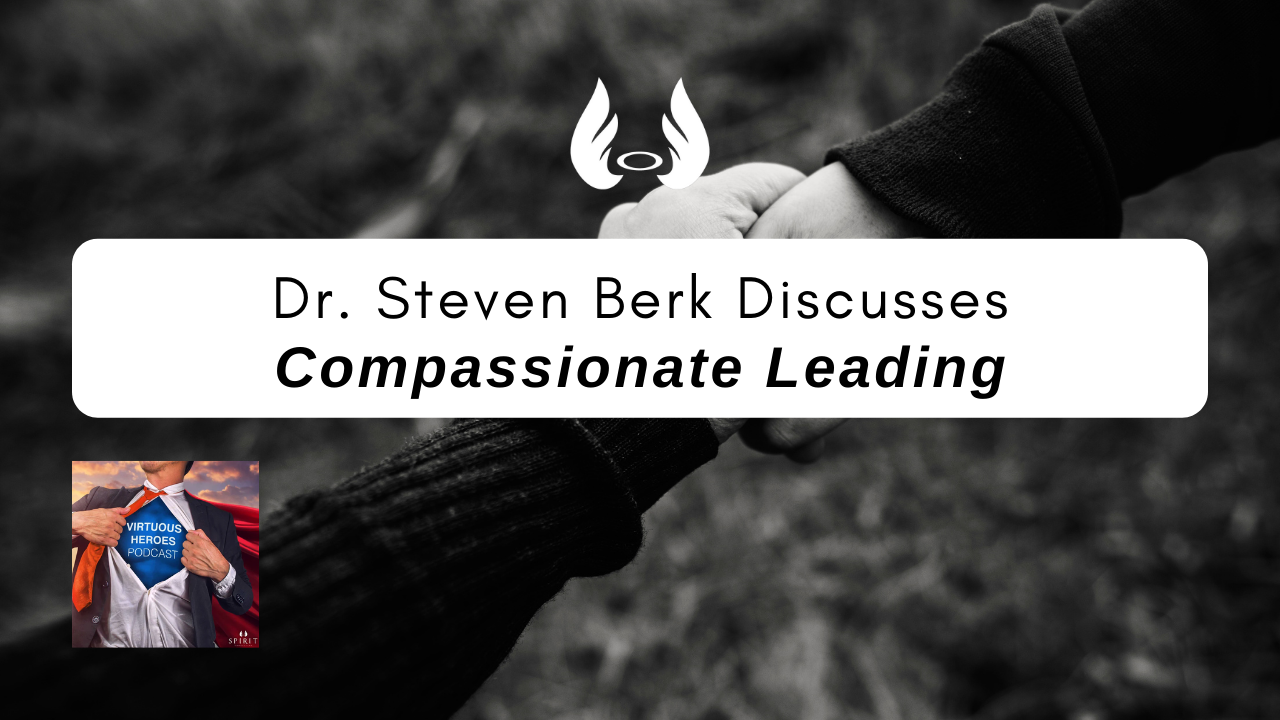 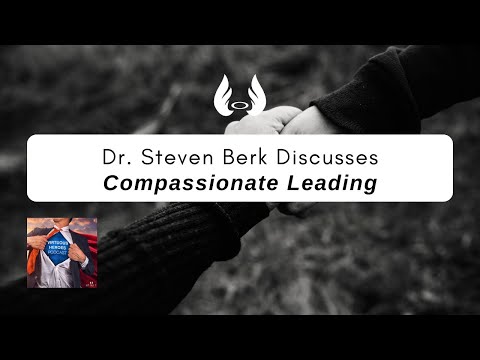 In this week’s episode, Chris speaks with Dr. Steven Berk; Dean, Executive VP, and Provost of Texas Tech University’s Health Science Center, about his journey and philosophy as a leader. Drawing from his memoir “Anatomy of Kidnapping”, Dr. Berk recounts his struggle with working in between the healthcare system while trying to preserve the ethics of health workers. Dr. Berk talks about how he trusts his family and colleagues to keep him anchored and focused on doing the right thing.

Sharing his harrowing story of being held at gunpoint and having to say a potentially last goodbye to his son, Dr. Berk emphasizes the importance of a leader to stay calm and logical even in a moment of crisis. By communicating with the kidnaper with calm and talking about back pains and listening to his life stories, Dr. Berk potentially saved his own life; by telling his son a benevolent and convincing lie, Dr. Berk protected his family from imminent danger. This experience not only reminded him to appreciate life and cherish time with loved ones, but also the responsibility of a leader to share the emotional burdens, such as grief, anxiety, and fear of their friends, colleagues, and families, to guide them through tough times.

Utilizing the lessons the incident taught him, Dr. Berk strives to nurture the next generations of physicians as better professionals and better people. He wants to teach the right professional ethics to students, but also make sure that they are not mistreated in the healthcare system.

More About Our Guest:

Appointed Dean of the School of Medicine and Executive Vice President in 2006 and Provost at Texas Tech University Health Sciences Center in 2010, Dr. Steven Lee Berk M.D graduated from Boston University School of Medicine and completed his Internal Medicine residency and infectious disease fellowship at Boston City Hospital. He specializes in Internal medicine and infectious disease. In 1979, Dr. Berk moved to Johnson City in Tennessee in 1979. He joined the newly formed medical school at East Tennessee State University, where he became the Chief of Infectious Disease in 1982 and professor of Medicine in 1986. He later became the chairman of the Department of Medicine in 1988. In 1999, Dr. Berk joined the faculty of Texas Tech University Health Sciences Center, where he held the positions of Regional Dead for the Amarillo Campus, professor of Medicine, and Mirick-Myers Endowed Chair in Geriatric Medicine.

He was appointed as Dean in 2006. He is the author or co-author of over 120 peer-reviewed publications and four textbooks. He is a Fellow of the American College of Physicians, the Infectious Disease Society of America, the American Geriatric Society, and the American College of Chest Physicians. He has served on the NIH Special Advisory Panel on the evaluation of vaccines against infections in the elderly, on the editorial board of the Journal of the American Geriatric Society, and as a reviewer for most Internal Medicine and Infectious Disease journals. He serves on the Board of Directors Nominating Committee for the Association of American Medical Colleges and is chair of the AAMC community-based deans subcommittee.

His teaching ability was well-recognized at ETSU where he received the medical school’s Teacher of the Year Award ten times and the university’s Distinguished Faculty Award. The American College of Physicians bestowed the title of Laureate in Medicine on Dr. Berk in 1998, and he was elected to the national board of Alpha Omega Alpha in 1999. Dr. Berk was awarded the Texas Tech University Health Sciences Center Distinguished Service Award in 2003. He received the 2006 Hope Award from the National Multiple Sclerosis Foundation, and the March of Dimes honored him with the Our Hero Award in 2007.

In September 2011, Anatomy of a Kidnapping, Dr. Berk’s inspiring personal account of surviving an abduction in 2005, was published and received the Book of the Year Silver Award in 2011 given by True Crime, adult non-fiction. He was honored with the Boston University Distinguished Alumni Award in 2012, and the same year, University Medical Center in Lubbock established the Steven Berk Endowed Chair in Medical Excellence. Through Dr. Berk’s leadership, the school has experienced the continued growth of innovative ideas and programs. Under his leadership, the school completed the most extensive curriculum reform in its more than 40-year history. His personal vision for addressing the ever-increasing need for primary care physicians launched a unique Family Medicine Accelerated Track, the first program of its kind in the country. Dr. Berk’s leadership reflects an important balance between education, research, clinical care, and service to the community.
———————————————————————————————————————————–